When I was 9 years old, my best friend introduced me to the TV series Charmed. I was instantly hooked. Three sister witches discover they have magical powers and a shared destiny of fighting evil, all the while holding down jobs and relationships. As a child, watching this show, the story-line was gripping. But while away on my honeymoon, I saw some episodes being rerun on TV. Watching as an adult painted a very different light on the show and it’s subliminal messages.

“The wrong thing done for the right reason is still the wrong thing… once you break the small rules, it’s just a matter of time before the big ones are next.”

An individual may have good intentions, but sometimes even the best of intentions can produce poor actions, which can speak louder than words.

A Lesson from History

When I was in Year 9, I moved from one country to another. I had to learn a new syllabus – which included some subjects I had never even heard of before – very quickly. History was one of my greatest struggles. My new class was light-years ahead of my previous class; I was literally dragged out of one time and place, and hurled into another. I was scraping C grades.

Then came the glorious day when an essay was assigned on a topic I was familiar with! I slaved over my books for no less than 8 hours to produce a 1000 word essay. My father sat at my side, guiding me through the material and commenting on my technique. I submitted the essay on time. I could finally hold my head up high in history class.

The next day, my history teacher pulled me out of my tutor base and cornered me in the corridor. “Rachel,” she said, “plagerism is a serious offense.”

Shock. Devastation. Mortification. I could feel myself going every shade of red before I settled on a sweaty, pallid white. “I didn’t cheat,” I whispered.

“Well, you didn’t write this. Where did you copy it from? Wikipedia?” She pressed on.

“I didn’t cheat.” I burst into tears.

“Look, I will give you an opportunity to rewrite this essay if you were honest with me.”

“I am being honest.”

This went on for a short while. My teacher asked me to meet her in her classroom once I had ‘calmed down’. I chickened out. I was in no position to explain in a composed manner how I produced that piece of work. I went home early, claiming a headache.

I explained the event to my mother, who called the school and spoke with my Head of Year. It was decided that it would be better to move me out of history than engage in a disagreement with the teacher (who was leaving for maternity leave at the end of that year).

We all make mistakes. That is a given. What is not necessarily a given is that we also have to own our intentions, actions, and the consequences we incur. We cannot excuse any impact we make with good intentions.

In hindsight, I don’t blame my history teacher. Okay, she could have started the conversation in private and addressed her concerns in a less accusatory manner, but I have coped fine without a history GCSE and am grateful for the opportunity to focus on my other subjects at the time.

We can choose which intentions we act on, so that we are only ever expressing our best intentions. We can also choose how to act, and therefore can choose to only express the best of actions. What we cannot control, in any way, are the circumstances we find ourselves acting in. We are often forced to react to events that are out of our control. Those reactions bear the greatest risk, particularly if time-bound.

Finally, it is better to admit a mistake than continue to defend a bad action. As Phoebe said, this will only lead to breaking bigger rules later. Asking forgiveness may not be easy, but it can be easier than facing greater consequences. 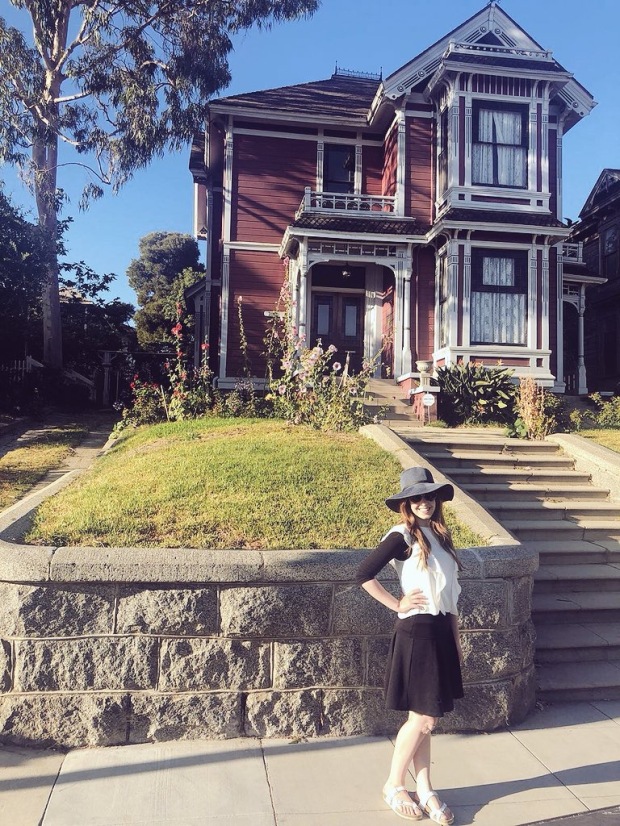 Dream Come True! Visiting the ‘Halliwell Manor’ on my honeymoon this summer.

Happy 33rd birthday to a truly incredible husband @avigordon87! I am so sorry that our plans for your extended birthday weekend were put on hold until the insanity is over but I know that - just like all our other adventures - this will make a great story one day! #birthdayboy #lockdownparty
Happy #MothersDay to the best @hayley.gibson.587 💕
Two years two-gether ❤️
25 years of marriage is no mean feat! Mazal tov Mum & Dad 🥂 #silver #anniversary #25